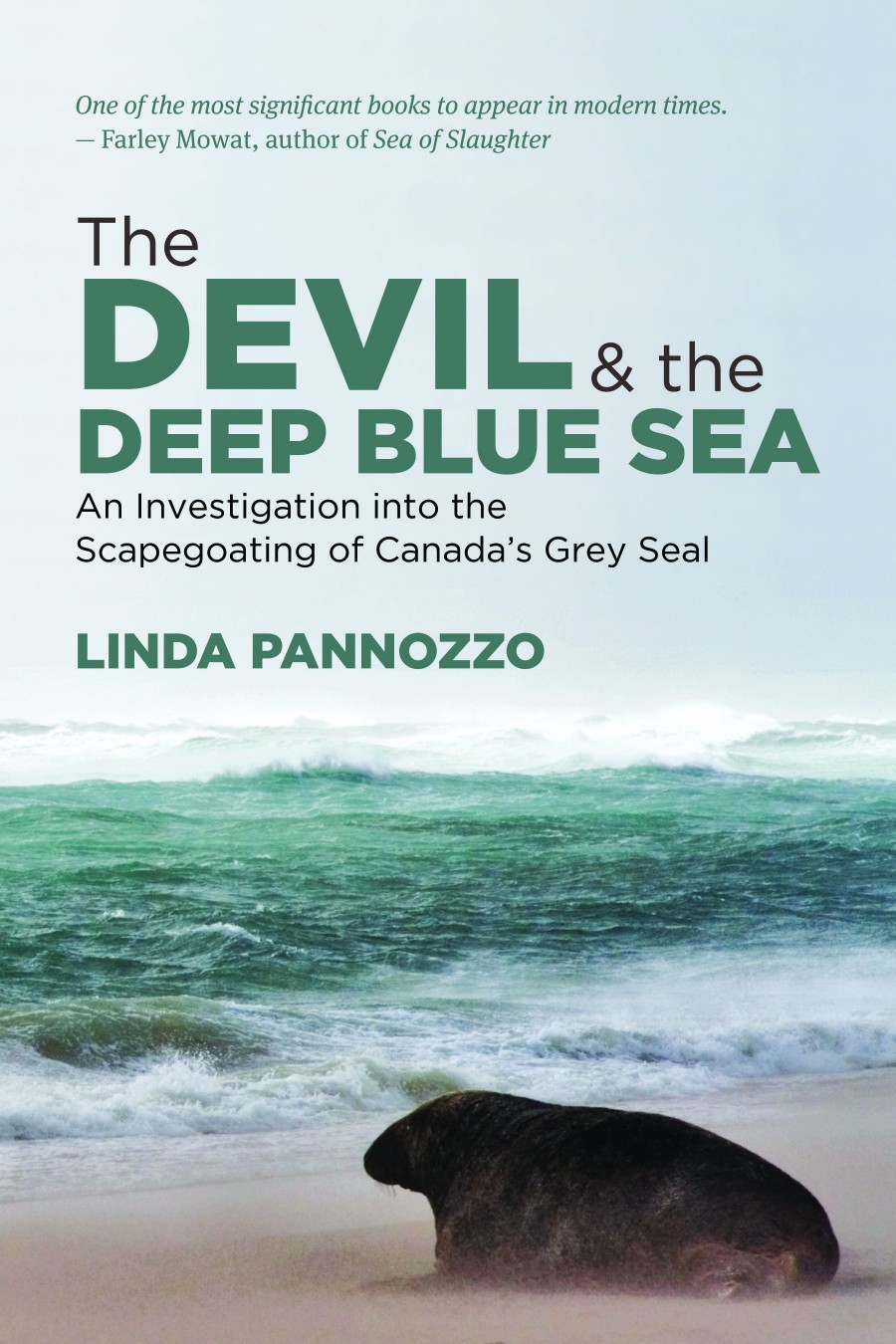 In the early 1990s the collapse of the Atlantic groundfish stocks signaled the destruction of life in the seas and unraveled the very fabric of rural life throughout Atlantic Canada. Twenty years later, even after fishing moratoriums and limited directed fishing, the cod have not recovered, and some stocks are on the verge of biological extinction. The fishing industry, politicians and some government scientists blame the growing population of grey seals—a species that had up until the 1970s been severely depleted—and argue that a large scale cull of the population is needed to save the cod: in 2011 the Fisheries Resource Conservation Council recommended one and the Standing Senate Committee on Fisheries and Oceans followed suit in 2012.

In The Devil and the Deep Blue Sea, Linda Pannozzo finds that the truth is much more complex and that the seals are scapegoats for the federal government’s mismanagement of the cod stocks, deflecting attention away from the effects of global warming and continued use of destructive fishing methods. The collapse of the cod fishery, its failure to recover and the recommendations for large-scale seal culls are stark reminders of how fisheries, science and public policy are increasingly estranged from each other.

The following is an excerpt from the “Author’s Note”

Over the years as a freelance journalist and researcher I’ve been drawn to “resource-based” controversies; when I look back at a number of them, I see that they all have a number of things in common. For one, they are usually highly polarized. Think of the charged protests over the cutting of old growth forests or closer to home, the clashes over the harp seal hunt — one story that has gripped and divided the east coast for five decades. In these and countless other stories around the globe, the issues tend to get distilled in the mainstream media as a battle between two opposing forces: between the environmentalist and the logger, or in this case the animal welfare activist and the sealer. In a way, it’s this conflict that has defined these stories, usually characterized by easily digestible sound-bites and stereotypes on all sides — with usually only two presented.

But the truth is, the issues don’t break down over neatly defined lines like these. In all of these controversies the simple dichotomies don’t even begin to address the complexity of the issues at hand. The pressures facing people who depend on a steady supply of “resources” for their livelihood are real, and sometimes tragically so. It is this broader analysis of the economic system in which the fishery takes place — one that demands limitless growth on a finite planet and one that often pits big business and profits against small communities — that is noticeably absent from the discussion. This is where I ultimately had to go: to explore the real battle that most of the time is being waged off our radar screens.

When I looked back in the CBC radio archives, I found an interview given in 1977 by Richard Cashin, the head of the Newfoundland Fishermen, Food, and Allied Workers Union at the time, who was passionately representing the sealers during the protests against the harp seal hunt and trying to sway public opinion in their favour. He said: “The seal to us, to me anyway, is a symbol. If today you take the seal away from me, tomorrow you’ll take the cod, the next day the lobster, the next day my right to live in a small village…It’s a fight for survival.” His words proved uncannily prescient and in many ways they are as true today as they were back then. The seal really is a symbol and the issues are about survival: the seal is a symbol of how our relationship with nature has gone completely askew, and the story shows how this estrangement — from the natural world and each other — not only threatens the viability of small coastal communities but our survival on this planet. That’s what this book is really about, and the story about the grey seals and the cod illustrates it.